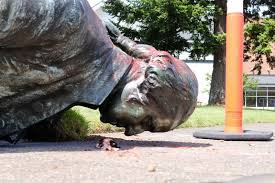 Abe, Thomas, George, Frederick, Francis, Franklin...and on and on. Famous folk; founders, pillars, "look up to" kind of guys. Yeah, some, many, thought so much of these "before" people that statues were made to memorialize and remember their finer points and contributions.

Well, a while back a person of color was brutally abused and murdered by a member of law enforcement.The incident was recorded for all to see and ALL who saw it (or heard of it) were rightly appalled. AND, understandably, anger ensued which led to protests...and then a lot more.

You see, aside from a backlash with a tether to the slavery-defending Confederacy (old statues and such) there then came an addition to purge ALL who participated in the institution; AND THEN the movement morphed to include those who had NOTHING to do with it (Frederick Douglas, really?).

Obviously, there's much more at play here than meets the eye: it truly appears there has been a concerted hijacking by marxists, anarchists, and America-hating opportunists. And though some of these dearly want to usher us into the bloody and failed systems of Socialism/Communism (thank you academia) there hopefully remains hidden beneath this bile and hate-driven tempest; there HOPEFULLY REMAINS a remnant who look back to Martin (MLK) for inspiration to achieve real healing change. I hope they rise to the surface.

PS. A question: In the future, when the Satan-inspired practice of slaughtering children in the womb is finally recognized for the monstrous evil it is; what structures and statues do WE purge from our public memory? Think about it.

It's NOT the Spanish flu! 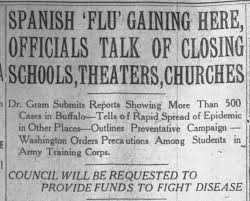 I sympathize with the fearful. I'm well acquainted with this emotion. BUT, I don't fear Covid 19 (or the Coronavirus, or the Chinese virus; whatever you want to call it). Why? two reasons: 1.The Lord promises certain protections for the believer (no plague shall come near your dwelling, Psalm 91) And 2. This "strain" is not nearly as deadly as the hype ever heaped upon us portrays; and it's certainly NOT like the Spanish flu, which exterminated more than five times the American casualties of its contemporary killer; WWI.

But, I get the caution. I get the knee-jerk reflex associated with the "models" of death. BUT, we've been into it for a while now and it's time to reassess and not continue to spout the "could have been" when it's clear it would NOT have been.

Of course, the comparison to the great killer of a century past also breaks down in a more vile and devilish way: namely, SOME today are rooting for a serious wounding of our nation to further their godless agendas. This our ancestors did not do.

...But ours is weak
A minor tweak
Afflicting very few
But fear is sown
And power grown
To enslave the common YOU!

Posted by The Layoff Letters at 2:47 PM No comments: 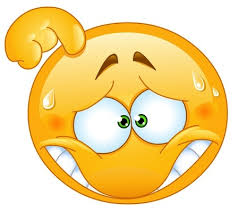 "Mr President, this Wuhan virus is much more serious than we thought at first."

"The models project that, without mitigation, millions, MILLIONS! will perish!
In other words, Mr President, think the Black Plague, or the Spanish flu."

"What do you recommend?"

First; I'm a huge fan of President Trump. Huge! AND, given the data that he was presented and the "lettered" weight of the words; I truly admire his quick, decisive actions to allay the effects of the "Chinese-spawned" pandemic. HOWEVER, new data has emerged AND, although there seems to be a concerted effort by some to quell (for whatever reason) the "more obvious all the time" truth; I hope and pray the Commander in Chief turns his mighty cannon towards those who would (purposely or no) cripple us and say,

Abortion and the Virus 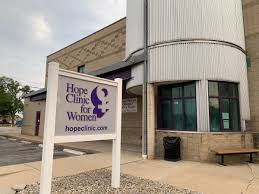 Abortion and the Virus
(by R.P.Edwards)

Oh, to be sure, they come from more states than these. But on this day, amidst the great pandemic of 2020, when the order from our betters is to shelter in place unless you are deemed "essential;" on THIS day these come to have their inconvenient offspring gruesomely murdered; all with the blessing and protection of the leaders in Lincoln's beloved Springfield.

The utter hypocrisy of this mandate and method! Saying that killing the innocent is a "must have." BUT, adding to this gross error is the wilful ignorance that fails to see the potential for spreading the "virus" throughout a large portion of the country! For, you see, back and forth they come; five days a week; hundreds of them; thousands! AND, since the party in power so loves this devilment, they will let nothing, not even the spreading of the silent killer, hinder them.

So, oh medical bean counters and tabulators; when you wonder at the numbers that arise in places obscure; remember the states like Illinois; states that value ideology above the death of the very young and, for that matter, the death of any others.

Posted by The Layoff Letters at 11:32 PM No comments: 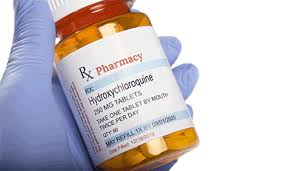 Anecdotal
That's for me!
So, sorry Mr. PhD
I know you're frantic
A troubled mind
You're aching for
That double-blind
But we'll do that later
Or on the fly
You see, right now
The people die
So we'll grab those pills
That ancient med
The ones when taken
Make not dead
And we'll give some hope
And perhaps set free
Because anecdotal
Was the one for me

Oh, the stretching of my steel-worker vocabulary!

New words (for me); Anecdotal, Asymptomatic, Efficacy (may have stumbled upon this one before).

In the news: the anti-malaria drugs, Hydroxychloroquine and Chloroquine, used for decades to battle the mosquito-born malady are approved by the FDA for quick dispersal. Oh, this is a thorn for those who want the old fashioned laborious testing before prescribing. Normally not a bad idea, BUT, since the side-effects of this duo are well known, and doctors (so I'm told) prescribe off-label (another new term) usage all the time; Hey! let's give it a shot!

You see, it seems there are a plethora of "Anecdotal" accounts where the meds work. Not a "blind-study" (also new) graph grabber; but more like, "We gave this to them, and they recovered."

So, wisdom prevails and the pesky bug (which I still think will not exceed influenza numbers) is on the way out.

BTW, our lives are full of "Anecdotal" influences: where to shop, get your car fixed, your hair cut. But the most important is the introduction to the Savior, Jesus. I followed that advice long ago with no regrets, and NO bad side effects. 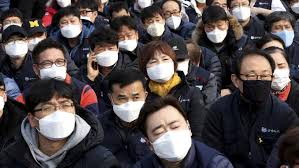 Mortal, after all
(by R.P.Edwards)

Mortal
Mortal
After all
Despite all efforts
ALL will fall
So be wise, mortals
Prepare for THEN
Because ever after
Will NEVER end

The Coronavirus, obsessively in the news. Born from a bat or a scientists' vat; it's coming, its inevitable, and it's going to kill...YOU!

Excuse me a moment while I LOL.

C'mon people; it's a FLU! Yeah, it's more sexy, more exotic. And it does seem to pass from one human to another a little better than most; but, like our run of the mill--here it comes again--influenza, it's the aged and already infirm who are more likely to succumb.

So, by all means, let's wash our hands and bury our snouts in our elbow crease when we feel a cough or sneeze coming on. And yes, let's be kind and stay home if we're sick and let's be sure to keep "sickies" away from our kids. But, as the death toll slowly rises (as it inevitably will) let's also remember, soberly, the casualties resulting from the regular "bug" and, while we're at it, let's give a thought towards the suffering veterans who will commit suicide this day, or the troubled youths who will gun each other down in our "gun law" heavy major cities; or, the thousands upon thousands of innocent children who will be exterminated, with most of the left's hearty approval, in the abortionists' lair.

Yes, the Coronavirus is here, but it is merely one of the many "diseases" that ail us. Some of which, the most important, are of the soul.

The Coronavirus
A fancy flu
It does with vigor
What others do
So, wash your hands
And hold your spray
And the Coronavirus
Will fade away

Posted by The Layoff Letters at 2:00 PM No comments: 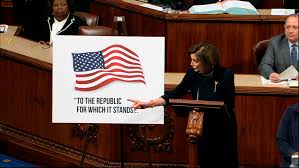 Citing Founders
Stolen Cred
Firm assertions
What THEY said!
But be careful children
When you do
For the Founders God
Is watching...you

In the news: the Democrat controlled House of Representatives rushes to judgement and votes to impeach the people's duly elected president, Donald J. Trump. Oh yes, a coming election in less than a year's time could oust said chief executive but, due to fear of failure in this area; the "peoples" house decided to try another desperate way.

An observation: there was a solemn (their word) session when many Democrats voiced from the House floor their heavy obligation to remove (attempt) the President from his post. Often the Founders (Framers) of the Republic were mentioned. Sometimes scripture was invoked. Words like "honor, integrity, duty" were uttered. And, of course, the sacred Constitution was dusted off and waved like a banner on flag day.

Here's a "truly" solemn reminder: the modern Democrat party is, quite literally, the party of death. In recent years they have pushed their lust for infant blood to the place of the birth canal and beyond. And, when I hear their pious platitudes (albeit sincere, I suppose) I can't help but filter them through the practice they so heartily endorse and that God literally hates. Yes, no matter their station, or education, or lists of accomplishments and accolades associated with these; since they en masse willingly choose that which is damnable; their words mean nothing.

Of course, this admonition does not end in the donkey's stall. No, ALL elements of the right, no matter which niche of the Constitution they cling to; these also need to center to this fundamental place. That is: human life is sacred and must be protected. It is our first unalienable right, and without it, the Republic will, and should, fall.

There's another impeachment in the wind. It's coming next November and although I will continue to dutifully pray for all those in authority, I truly hope ALL those who have so grossly dishonored our beginnings and refuse to turn...will be expelled.

Posted by The Layoff Letters at 1:57 AM No comments:

One cream, One sugar 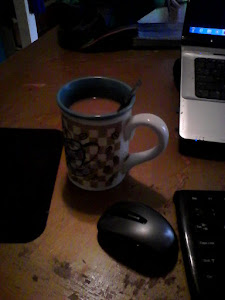 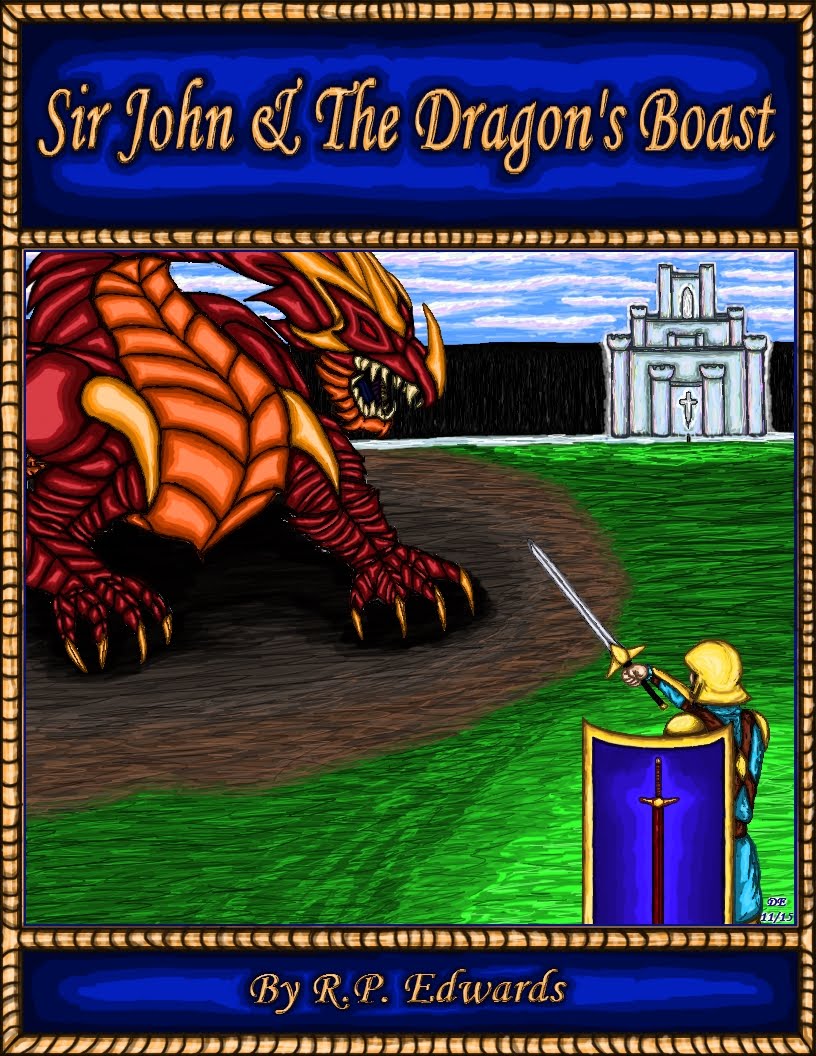 An e-book worth a look! 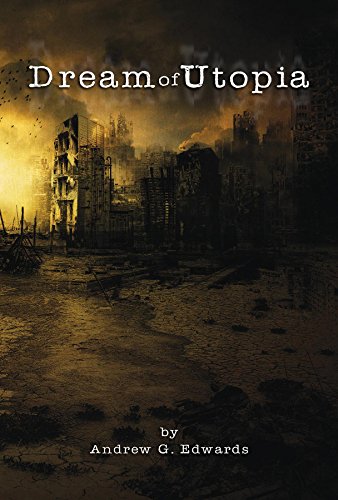